Harry wondered what was Victoria’s secret for having such a hot body, and she said she would show him. She made him put on one of her huge bras, which was weird to him a bit, but he did it anyway. Suddenly his chest filled out to fit that bra perfectly, as did the rest of his body to match those boobs. He found that Victoria’s secret was her enchanted bra, which gave her permanent femininity. The bra was a family heirloom, passed on to those in the family that wanted to live a life from the female perspective. Harry put into this by Victoria, who was pleased with the results, as she liked busty women like herself. She was formerly Vince before putting on the bra, and now Harry was Hannah.

Hannah seemed shocked at first, but realising how good she felt now, she danced and watched her new boobs jiggle with her!

Email ThisBlogThis!Share to TwitterShare to FacebookShare to Pinterest
Labels: MTF 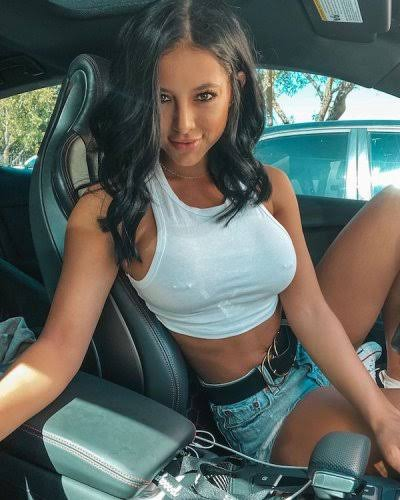